How Many Days Will You Be Working For The Taxman This Year? 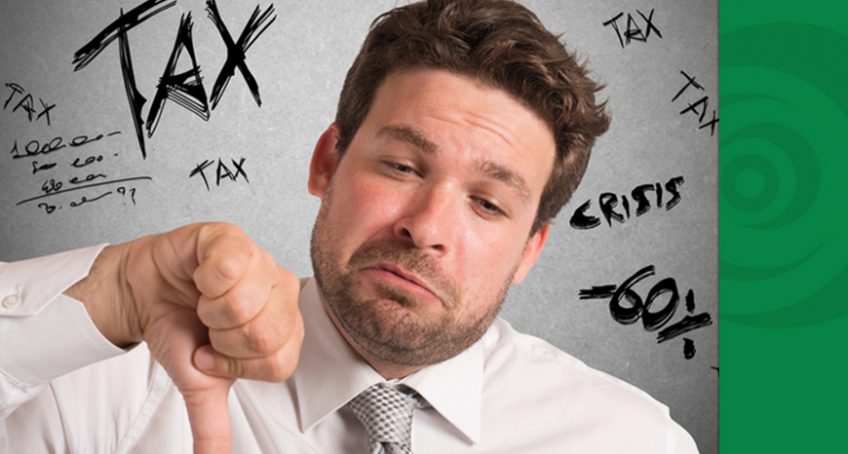 How Many Days Will You Be Working For The Taxman This Year?

A local think tank measures the amount of time it takes for taxpayers to pay their income taxes. In 2016, it will take until 25 May (“Tax Freedom Day”) before taxpayers can earn for themselves – in other words from 1 January to 25 May (146 days) you effectively pay your taxes and from 26 May to 31 December your earnings are your own.

This is 5 days longer than 2015 and 43 days more than in 1994! Currently for every R2.54 we earn R1 is paid in taxes.  In 1994 of every R3.62 we earned, R1 went to the fiscus.
We desperately need economic growth but this is being undermined as taxpayers are one of the key pillars to stimulate growth.
More concerning is that 1.1 million people (3.7% of the population) pay more than 70% of the income tax bill.
Whilst these are alarming statistics how do South African taxpayers stack up globally?

Global Trends – are we taxed too heavily?

Governments are tightening up on taxpayer deductions as pressure to pay country debt increases. In 2015, world personal taxes rose by 0.41%. Social security taxes rose by 0.66%. VAT has spread around the globe and 160 nations have implemented a VAT system.

What is of interest is that the global consensus for the optimal rate for VAT is seen at between 15 to 20%.  This means there is scope to increase South Africa’s VAT rate to at least 15%. That would bring in R20 billion in increased government revenue. There have been hints from the Treasury that a VAT increase is being seriously considered for the 2017/18 tax year.
The other important factor is that South Africa has minimal Social Security taxes (Unemployment Insurance Fund at 2% of earnings and The Compensation for Occupational Injuries and Diseases Act which starts at 0.11% of staff earnings). In other developing countries such as Russia they are over 30%.
Local corporate rates also stack up favourably globally. In fact we have the sixth lowest tax rate in Africa.
Our top marginal tax rate of 41% puts us at number 31 in the world.
So all in all tax rates charged in South Africa stack up reasonably well versus other nations.

The major concern is the narrowness of our personal income tax base with just under 4% of the population paying over 70% of income tax. It should also be noted that most of the tax increases in the last few budgets have targeted this group. Clearly this is unsustainable and it puts at risk the increased collections that SARS have been showing these past years.

Catch 22 and the tax base

It also highlights the Catch 22 situation we are now in. The government has to increase tax to reduce the budget deficit but as it does this so it puts pressure on the 4% who pay most of the taxes. The solution to this is to increase economic growth which will widen the tax base. But one of the main engines for economic growth is the 4% who will have little incentive to ignite economic growth as they focus on paying higher taxes.